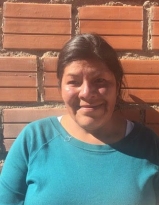 Julia* is a woman of great strength and perseverance.  She and her four children are from a small town outside of La Paz. For years, they endured intense abuse from Julia’s husband. She often thought about leaving but her fears consumed her: “Where will we sleep? Where will we go? I don’t know how to do anything…I never encouraged myself to leave there,” she explained.

One particular night, the abuse became unbearable. After an especially frightening incident involving her daughter, Julia made the decision to flee their home. For two weeks, they ran from her husband, barely surviving on small pools of water along the way. Julia and her children eventually landed on a farm outside of Cochabamba, a city 7 hours from La Paz.

Far from home, exhausted, and starving, Julia harvested crops on the farm in exchange for shelter, food and water. Eventually, she and her children boarded a truck to La Paz. In La Paz, life continued to be challenging for them. Having no friends or family to rely on, the family slept on the street, eating trash, and begging for money.

“It is really hard to live in the streets. You are discriminated against by people because you live on the streets. They think you are an alcoholic or on drugs. They look at you with ugly looks. Living in the streets was a very horrible experience in my life,” Julia shared.

After months of being alone in La Paz, she discovered a support program through Fundación Arco Iris which provided her with food and other resources. While at a meeting in 2013, Julia met a blonde, tall, slim, woman who walked with a cane. They spoke briefly and parted ways. The following year, Julia ran into the same woman at Hospital Arco Iris, where her youngest daughter was admitted with a serious illness.

“I was on the third floor (children’s ward) in the Hospital Arco Iris and Noelle arrives with a huge basket and says, ‘WHO WANTS TO PLAY!? WHO WANTS TOYS?’.  I think that God has sent me to the HOPE Foundation and Noelle is the first person who extended me a hand. When I did not have bread, she gave me bread, when I was not in health, she gave me health. It’s a blessing for me, for my family,” Julia recalled.

Julia and her family quickly endeared themselves to the HOPE team. After Julia was able to secure a simple cinderblock house for her family, the HOPE team and the local church, Iglesia Discípulos De Cristo, provided beds and other valuable items for her and her children.  Julia was very grateful for all she had been given but she also deeply desired to be self-supportive. She had a goal to own a food cart, so that she could cook and sell food in order to support her family.  Several volunteers came together to help her achieve this desire. With counsel and financial support, Julia was able to create a business plan, purchase a cart and is now in training for her vendor certification.

Julia shares, with a soft smile,
“The most important thing is that I have been given moral support. I have been made to feel that I was a person worth something for my children and for the community. That’s something I did not have. They have said ‘you are important’ and I feel important now.”

For Julia, HOPE has become a second family that has empowered and encouraged her goals, enabling her to provide for herself and her children. For the HOPE team, Julia remains a treasured example of courage, strength and perseverance. 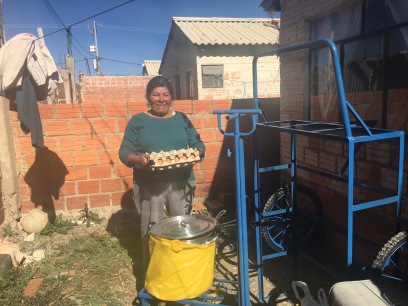 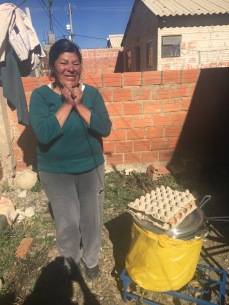 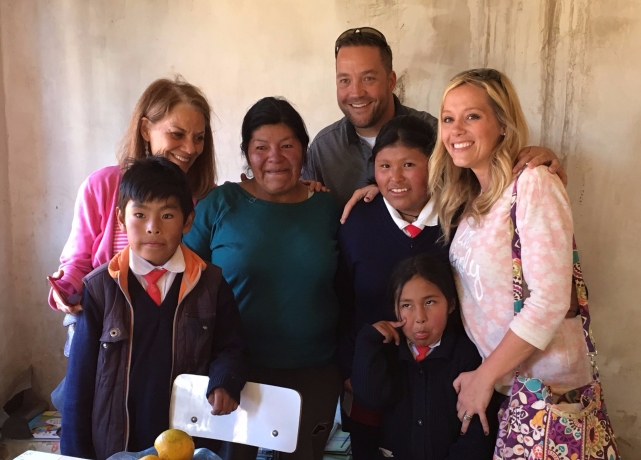 Julia receiving her food cart and supplies
Thank you, Poulson Family (and so many others),
for the generosity and kindness you have given to Julia and her family!

*Julia has given her permission to share her story, name and photos in order to inspire others with her courage and strength.

Donate to our Programs